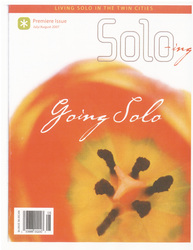 I thought this would be easy, writing from the perspective of a man about what men think about women. I mean, I happen to be a man myself and I've traveled these roads quite a bit: I have a 12 year relationship in my steamer trunk, some serious dating under my boots, and even a few one-year Tour of Duties. Plus I think about women (a lot). Plus there's a whole industry dedicated to it in print and film, all I'd have to do is take a peek at what's already been done and steal some ideas.

Boy, was I wrong. I started my research by chewing through a slew of how-to advice columns and top ten lists from women's magazines and internet sites. The (mostly) bad advice is astounding and misleading and can even break a tooth if you're not careful. It's also offensively simplistic. First, most articles assume that men are pretty much all the same down in our neolithic sub-basement, where we hang out girding and ungirding our loins. Second, they talk down to women, assuming a deep lack of awareness about how men­—and women—function.

So I turned to some smart women friends (both coupled and single). And then to some seasoned male friends, too. What I confirmed, from all sides, is that this realm of relationships does NOT break down into simple lists or how-tos. It's as complicated as giving advice on how to be spiritually good (step one, be spiritually good); on how to raise a child (every step: don’t screw up); on how to, well, love yourself (well!). They all take lots of work. None of them can be captured in stupid ol' lists or steps (or a magazine column). Or can they?

Discouraged, I cornered my (did I mention that I'd planned to never get married?) wife of one year. I'll call her "G" (because, actually, that is what I call her), and I figured that G would be my ace in the hole because (get this) she's a women's therapist. That's what she does all day long—help women who are in abusive relationships learn new tools for changing their lives, unlearn bad habits, and get themselves safe. At the heart of it all is that they must love and respect themselves.

Anyway, I set myself down and complained about the difficulty of this general, humongous topic and asked whether she had any ideas from her day-to-day experience. But the advice one gives to truly troubled women is not the same advice one gives to everyday "I can't find a good man" women. It's extreme stuff—and getting her input from this angle was like consulting an amputation surgeon for a sprained wrist.

But she's also a woman who's navigated the choppy waters of the dating world, so we changed course and brainstormed on a way to tackle this subject that wasn't condescending or pat while also being honest. What is this column again? Oh yeah, "A man's perspective on being with women." Man.

Well, here's one perspective we worked out: No man is an island. But not all men fit on a single 'Isle of Man' either. I won't say that we're all unique, but we come in a lot of different shapes and sizes—an archipelago, if you get my drift, just might contain us.

I'll finish this metaphor: There's a stereotypical island where men want their women to be hot and "put together" first and foremost, and an island where men don't share their feelings. And in this same ocean, there's a volcanic chain that contains women, too: the Isle of Buy-too-many-shoes and the Atoll of needing-to-talk-through-every-little-thing, there's even an Australia of baby-crazies. The truth is, there's some truth in these stereotypes.

But there are also men out there who are in control of their emotions, who love being with women, and who think friendship is the core around which a relationship is built. And there are women who know that the most difficult parts of life don't parse out into checklists and Red-Bull-et points, in spite of how fun they may be to read while waiting to have their teeth cleaned. These are people who learn from talking with friends—who learn through stories, instead of lists. Who even learn from "anti" lists.

In a way, that's what this column will be: an anti-list, composed of the messes and mistakes—and the right moves—that can lead to a good life, sometimes with, and sometimes without, a significant other (because sometimes the best date is the one that doesn't lead to a second one, as we'll get to in the "First Date Foibles" column a few issues down the road).